Survival of the Finest

Local governments rely heavily on court fines and fees for funding. But is this good policy?

Spend a morning in any district court across this state and you will see the government generating substantial revenue in order to fund itself. Surprisingly, there has not been a reliable source for data quantifying how heavily municipalities rely on revenue generated from fines. Governing magazine published some concerning numbers after tracking down and analyzing this data. 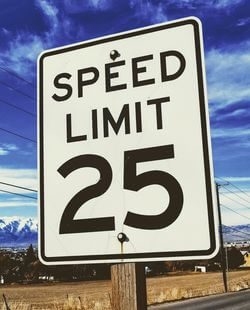 They compiled financial data for cities, towns, counties and other local governments and looked at the sources of income. Their analysis found "hundreds of governments where fines and related court revenues fund significant portions of budgets." These practices were "most prevalent in southern states, particularly Arkansas, Georgia, Louisiana, Texas and Oklahoma."

For Arkansas, they reviewed financial statements for local governments filed with the Arkansas Legislative Audit. Only governments reporting at least $100,000 in fines were included. Jail fees were not included in this amount. "A large number of very small governments reporting high reliance on fines and forfeitures were excluded as they did not meet our $100,000 minimum threshold."

These practices disproportionately burden those in the community who can least afford it. Ability to pay is not a substantial part of the calculus. There are other consequences as well. Urban Affairs Review conducted a study and concluded law enforcement in cities that rely heavily on fines and forfeitures solved violent crimes at significantly lower rates than others. The people with the information police need to solve these crimes are the exact people who avoid any contact with police because of outstanding warrants for fines and fees.

Here are some of Arkansas' worst offenders:

You can read the full article from Governing magazine here.